Skip to content
Posted on April 30, 2016 by Eric Klingenberg 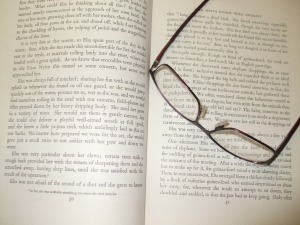 Yes, I know every one writes about this but his time it’s going to be good I promise!

The writing group I recently joined put on a self-publishing seminar. It had two self-published authors in the morning then a panel with three members of the group in the afternoon. The morning speakers both had interesting backgrounds the first Liz Shakespeare wrote books based on local people and past events and has always been self-published. The second, Helen Hollick, was a traditionally published author who was dropped by her publisher and then went to the self-publish route.

Despite being reasonably well read on the subject, thanks to most of my fellow bloggers, I have to say I learnt a huge amount, some of which I shall try and pass on to you.

One of the speaker and two of the panellists uses a self-publish company; I was surprised by the number who do this as they are quiet expensive and full of cowboys. The main benefit I can see to using them is to get the layout of your book right. They can also be cheaper per book than Amazon, if you are going to do a large print run. There is also quite a big downside, first the cost but also you give them a percentage of your profit.

Before the course I hadn’t given a huge amount of thought to book layout and how important it is. This was demonstrating by Helen, bringing along a book that had got it very wrong. A bad layout does make you look very unprofessional. Another top tip I got was get a traditional published book and compare its layout to yours.

The book cover; now I had given this a lot of thought already but just in case you haven’t I thought I would mention it. This should be something you get right, not just the picture but the size of the title and name, again it need to look professional. One of the author used a painting, she just had to pay a few hundred to the museum who owned it. Of course that wouldn’t work for every book.

A topic I feel strongly about is editing and the importance of getting one. Interesting enough one of the authors didn’t use one although the other did. Too many self-published books have been ruined by the lack of an editor and there are few people who are able to edit their own books successfully. However, editors are expensive and there are a lot of charlatans out there. After my recent go an editing another book I was planning on offering myself out as a free-lance editor but have had second thoughts.

The day was £5 well spent, it also shows the importance of finding a good writing group to join. I should also mention both speakers were very entertaining as well as informative.

O.K. I lied this isn’t a great article but the day was.

Leave a Reply, go on you know you want to Cancel reply

This site uses Akismet to reduce spam. Learn how your comment data is processed.

I'm a special needs teacher living in Devon England. I'm currently writing my first fantasy novel. When not writing I enjoy chess, reading, sailing and computer games. I'm married with 2 step sons and one grown up foster son.
%d bloggers like this: