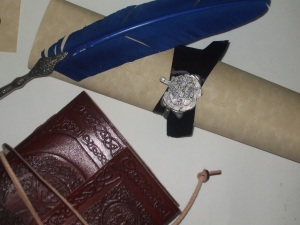 Before I get into my subject I would like to make it clear I’m talking about state organised religion not peoples personal faith. Although I no longer have one I wouldn’t want to belittle anyone else’s. Before anyone asks why I have focused mainly on Christianity it’s because along with the pagan religions of the past it’s the one I know most about. I imagine other religions have done what I accuse Christianity of. One of my Christian friends who read the article for me, before I posted pointed out the Jesus did the same; accusing the Pharisees of misusing their religion. So hopefully none of my Christian friends and family will be upset with me.

The idea of a state religion is an old one, many religions have been tied up with a state. If we look at the Romans, the work of the republic was not just a secular one. The rulings and workings of the senate were not just temporal they where divine.

When the Roman republic became an empire, it didn’t take long for them to start declaring themselves living gods. Several hundred years later when the leading men were fighting for control of the empire one enterprising man aligns himself with the growing sect, the Christians. He ends up as Emperor Constantine and Christianity becomes the official state religion.

Jump forward again to the middle ages and the state has a firm grip on the church, bibles can only be in Latin which means the illiterate populous are at the mercy of the priests to tell them the truth. While their lives are squalid living off turnips, their lords living well and eating meat mainly thanks to the labour of the peasants.

‘Fear not say the priests, because after a short hard life on earth god will give you an everlasting reward, if you serve his appointed leaders on earth.’ To which the peasant reply;

‘That sounds like a good deal. I’ll get back to grovelling in squalor hoping my life isn’t going to be too long.’

Rulers of the time where totally sold on the divine right of kings as god’s appointed rulers. To disagree with them was not just treason but sacrilege. Elizabeth I, worried for ages about executing Mary Queen of Scots, an appointed ruler and after the deed was done claimed it was a mistake and she never wanted her to die.

Even when people rebelled against monarchs it was often to remove their corrupting advisers rather than the king himself. Which was why executing Charles I was such a revolutionary event.

Nowadays religion has not such a hold over the populous in the west. Christianity has gone back to being a personal thing.

Why I am writing this drivel? Apart from the fact I find it very interesting I’ve been thinking of increasing the role of the gods in my books. In the first one there is a pantheon in the background. In the second I’m thinking of bringing them much more to fore. I’m planning on having some of the characters invoking the support of the gods to justify their action. Although until I write of course I have no idea if it will work.

8 thoughts on “Religion the opiate of the people”

Leave a Reply, go on you know you want to Cancel reply

This site uses Akismet to reduce spam. Learn how your comment data is processed.